Xia Boyu has reached the unreachable. Despite having two amputated legs, the 69-year-old ascended the summit of Mount Everest. A decisive role in this achievement was played by a company in Neubeuern, Upper Bavaria (Germany). The prosthetic sockets worn by the Chinese mountain climber were made using the Symphonie Aqua System by Romedis, a worldwide unique innovation in orthopaedic technology.

For Andreas and Simone Radspieler, founders of Romedis, prostheses are more than just products that they constantly continue to develop. “We are driven by our mission of improving the activity and mobility of people with handicaps by innovation and implementation of the most modern technology, enabling them a maximum of independence,” said Andreas Radspieler. The Radspielers know that there is a story and personal stroke of fate connected to each prosthesis. With their technology they try to restore mobility and vitality for people to reach their full potential – such as for Xia Boyu (69), who stood at the top of Mount Everest (8,848 meters) on May 14th. On his 5th attempt, the Chinese mountain climber with two amputated legs reached the top of the world.

Xia Boyu’s prosthetic sockets were made by means of the Symphonie Aqua System and hydrostatic plaster impression. This technology makes it possible to determine pressure points of the limb within the prosthetic socket under actual conditions. The result is an absolute accurately fitting plaster impression made while under full weight-bearing load, without pressure points or painful area in the socket. People are benefitting from this all over the world. When launched, this product revolutionized the market. In the meantime, Romedis GmbH has delivered its Symphonie Aqua System to 14 countries; in 2015 they announced a successful market launch in China. The prosthetic sockets have made conquering Mount Everest a reality, and Xia Boyu could fulfill the dream that almost cost him his life in 1975.

At the age of 25 he headed toward the summit with an expedition team. But, at 7,600 meters, Xia Boyu and his companion could not continue. Despite being trapped in the death zone for two days, they survived. Xia Boyu suffered severe frostbite and the doctors were unable to save his legs. The Chinese mountain climber returned to the mountain, only to fail in again in 2014, 2015 and 2016, before finally succeeding in 2018.

The occasion was also celebrated in Neubeuern. “We followed the expedition closely,” said Andreas Radspieler. He and his wife, Simone, learned of the successful ascent via Facebook. “Stories such as these go right to the heart,” said Simone Radspieler. Her husband added, “Every day, these stories drive us, anew. We are always looking for the best solution, as we want to develop the best prostheses for providing patients the possibility of a better and completely normal life. Prostheses with which they can reach their dreams.” As one can see from Xia Boyu’s example, they are also succeeding. 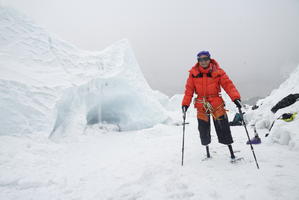 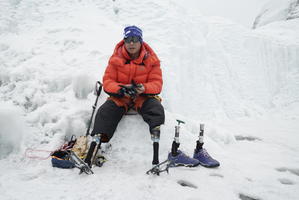 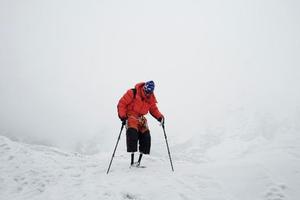 previous article
to overview
next article